While its sibling Photoshop Elements is turning 10, the younger Premiere Elements just gets the digits. And this update to Adobe's consumer video-editing software is even less jingly than the image-editing package when it comes to new bells and whistles. But this does represent Adobe's first 64-bit port of the package--Windows only, unfortunately--which is an essential step for future development of the product. Adobe has beefed up the Organizer a bit to improve its video support, since it's now serving Premiere Elements as well as Photoshop Elements. It allows for hierarchical tagging, as well as Smart Tags, which can automatically classify your media as high, medium, or low quality, as well as tag what it thinks is in focus, low contrast, blurred, and so on. Running the Auto Analyzer to get the video tagged can take a while, though. 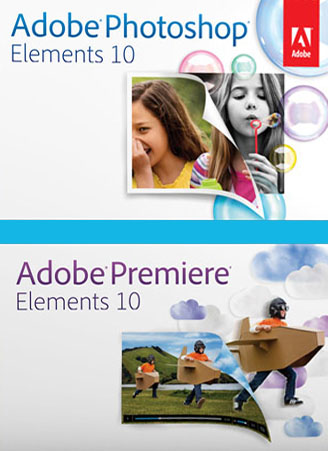 And I'm still unhappy with the way Adobe handles AVCHD import; it tries and fails to process all the ancillary files that are part of the directory structure, and doesn't give you the option to copy the entire file structure wholesale so that it can be played back or just burned as if it's a disc. And if you're planning on burning AVCHD discs, keep in mind that the software doesn't yet support version 2.0 of the spec, which allows for 1080/30p. Via the Organizer you can now directly upload unedited videos to YouTube as well. The application itself uses the same task-oriented architecture as Photoshop Elements, with Project, Edit, Disc Menus, and Share modes that are fairly straightforward. It uses a traditional video-editing interface, with both timeline and scene editing views. There's a bit of a learning curve to understanding even the basics for simple effects and transitions, but it's no worse--and no better--than most other video-editing software when it comes to ease of use. There are only a couple of significant new features in version 10. Nsf file converter.

Adobe has added a new Three-Way Color Corrector, which splits corrections for highlights, midtones, and shadows. While useful, I wish it had a way to do coarse changes on all three channels at once, then unlock them to fine-tune them individually. It also adds Auto Tone and Vibrance--both handy for automatic corrections--which should be familiar to Photoshop users.

Adobe also adds a pan and zoom, which lets you move around and dive into still images, and it can automatically pan around to identified faces. It's easy to use, but can be annoying: if you try to use a photo that's the wrong dimensions for the movie--and many photos are--it just tells you the image is too big. There really needs to be a dialog that pops up and allows you to resize or crop the photo. As you'd expect, there are new themes, you can now upload movies to Facebook, and SmartSound music clips are now available on the Mac. On the Mac, Premiere Elements is more powerful than iMovie with a more traditional interface, but I think it's a bit slower and more intimidating as well. Users of previous versions running 64-bit Windows should probably upgrade for the better memory management. If you're looking for a first video-editing package, Premiere Elements will have all the features you need, but expect to spend some time learning the ropes.